Are you struggling to make money online or to make a successful career in blogging and affiliate marketing?

You are almost like me who had no knowledge or no direction when I started my online career in 2004 but with hard work and persistence I found a formula that helped me generate 2 million dollars and achieved all my dreams.

One thing is common in the last 16 years – there is no one who provides proper training to make money with blogging and affiliate marketing.

One of the biggest reasons for this is – People who make thousands of dollars with blogging and affiliate marketing do not want to take the pain for sharing their knowledge and experience for a small fee.

But there is good news.

A person who is having 16 years of experience and knowledge of affiliate marketing and blogging is ready to share all his experience, knowledge, insights and secrets with you.

Yes, I am ready to share the exact methods that can help you to earn great income months after months on the internet.

So I launched a 26-hour live training (not a course) where I will be teaching you Live every Saturday and Sunday for 6 weeks.

But there is bad news too.

This is my last live training! Because like other successful bloggers & marketers, I am very busy with dozens of my blogs, affiliate websites and my YouTube channels.

And I launched this training because of your love and hundreds of messages and comments from people like you.

This will be the Biggest Regret in Your Life’s Regret List if you Miss this Life Changing Training for 4 Main Reasons...

Blogging and Affiliate Marketing still Rule the No. 1 Spot when it Comes to Making Money Online.

It’s a lifetime opportunity for you to get the live training from a person who has 16 years of experience in blogging and affiliate marketing and is highly successful.

2021 is Going to Be a Year of Digital Marketers

This is  your only chance to learn the most demanding skills of 2021 from a person who made his fortune and earned every single penny in his entire 16 years career through digital marketing only.

Who is this training for?

What can you do after this?

What is Blogging & Affiliate Marketing? I introduce myself as Pritam Nagrale. I was born and raised in a lower middle class family and studied in a vernacular medium in Rajasthan. After completing my chemical engineering from Nagpur, I came to Mumbai to search for a job.

I tried very hard to find a good job related to my field. But I did not get any success. I even tried to make some side income through the Internet, through network marketing and various other side businesses but met no success. After doing lots of research on the internet, I came across the concept of affiliate marketing in 2004.

In 2005, I was using the Google AdWords paid options to promote my affiliate programs. It was very hard at that time to design  a website and getting free traffic on the website.

I was looking for other options for promoting my affiliate programs. I knew about blogging but I never took it seriously because I was busy with my own affiliate methods

I started my first blog by the end of 2009. It was a very new experience in the same field I was working with to make money.

My failure taught me many things. With all my knowledge and experience, I started a new blog in 2012 MoneyConnexion.com and the same year, I started another blog SureJob.in.

I worked very hard on these 2 blogs, did many experiments that my failure taught me and soon I developed a formula that helped my blogs to generate tons of traffic and income. 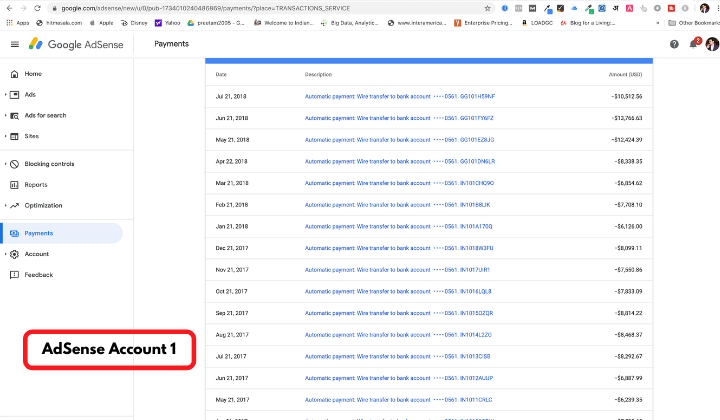 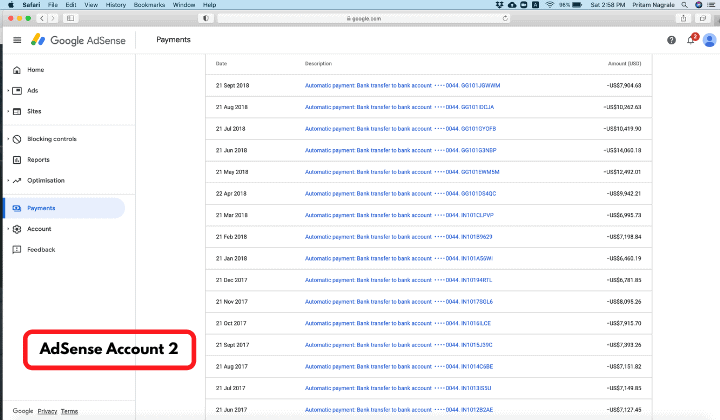 I was making lots of money from my blogs MoneyConnexion.com and SureJob.in. I started many other blogs and used the same formula to generate traffic and income and every time it was successful. 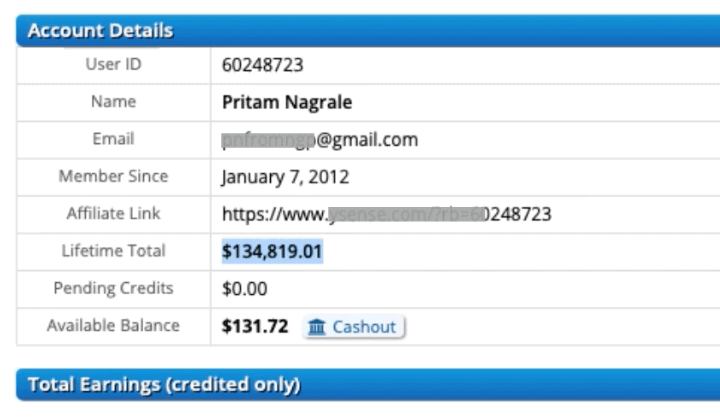 I started a classroom training for blogging and affiliate marketing in 2013. One of the 5 students in my first batch of 2013 is making a 7 figure income today and others are successful in their own businesses.

I trained many students till 2014 but  discontinued the training because of my busy time to handle my blogs. 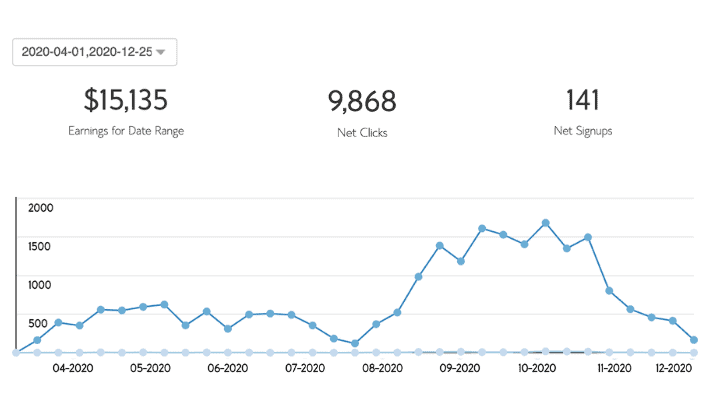 If anyone who uses the same exact method will have great chances of success and can make money online provided he is ready to work hard and keep patience.

This is your chance to learn the same exact method through Affiliate Junction training.

Affiliate Junction is a 26 hours LIVE training where I will be teaching you live  every Saturday and Sunday for 6 weeks on Zoom.

This is not a basic course or some Rs 299/- or 499/- training where people sell another expensive training for a higher price. This is a very premium course where you will get advanced and exclusive knowledge of blogging and affiliate marketing.

But this is the last time I will  be conducting so big online training.

So if you are serious about making money online, starting a career in blogging or affiliate marketing or setting up an online business, then this is your chance to enroll for this training.

Today there is a Great Scope for Blogging and Affiliate Marketing.

According to the report of KPMG, there will be 735 million internet users in India by 2021. By 2022, the affiliate marketing industry is going to be worth $8 billion in the US alone, almost double what it was in 2015.

Being a marketing professional having worked for 12 years as a conventional marketing & events specialist with Times of India, Jet Airways and other organisations, I had never thought I would ever be getting into blogging. 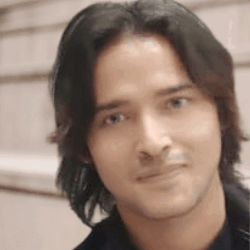 I learned blogging by taking training from Pritam sir in 2013. And I am happy that I did this. Though I did not make enough for next couple of years, I did not give up… Hi, my name is Sagar Babson. I am from Surat, Gujarat. Now you can also call me a blogger. Because this journey has started me, only because of Pritam sir. Now he is also my idol. I still remember and always will be when I met Pritam sir for 1st time in Mumbai.

Making Money From Your Blog

Get Exclusive Bonuses Worth Rs 20,000
When You Join Today!

Thanks for your Amazing Response. Enrollments closed!

What is the schedule for this live training?

What are you going to cover in this training?

I am going to deliver my 16 years of experience in this training. You will learn everything that will help you to become a pro in blogging and affiliate marketing. You can see every single details of this course in our Course Details section.

Don’t you think the course fee is a bit high?

As I told you in the introduction, that the course price is so low I cant think this price even in my dream. The course duration is 25+ hours and if you can calculate hourly price then its cheaper than the price of a coffee. People pay me $300 for one hour consultancy for SEO, blogging or affiliate marketing. I was charging Rs 30,000 just for the blogging course in 2012. Even some useless courses for Kids are priced much higher than this. So this is an offer, you will regret in future if you miss this.

I am a beginner in this field and my English is weak. Can I join this training?

Yes, you can join this course even if this is the first time you heard about blogging and affiliate marketing. A beginner can understand this course very well and people love my method of teaching. Mostly, This training is in Hindi. If you understand what is written on this website, that’s enough. There is huge potential in blogging and affiliate marketing in Hindi and regional language.

Will classes be held daily? What happens if I miss a class?
Classes will be held every Saturday and Sunday only from 11 am to 1 pm. Don’t worry if you miss a class because we’ll be providing recordings.
How much time does it take to make money with blogging or affiliate marketing?

This course is not a get rich quick scheme.  Thousands of people make money through Affiliate Marketing and Blogging and if you work hard and smart, there are chances you can make good money. If you research in Google on YouTube for making money online then you will find these 2 ways on the top.

Do I get a certificate?

Yes. Dmatic Digital will issue a Certificate of Completion to all students that complete the course.

Will I get a recording for each class?

Yes, recording of each class will be available for 30 days?

Being a marketing professional having worked for 12 years as a conventional marketing & events specialist with Times of India, Jet Airways and other organisations, I had never thought I would ever be getting into blogging.

But after my sabbatical for a couple of years, I came across Pritam Nagrale’s Blogging Masterclasses and who knew it would become the beginning of my alternative career path. It inspired me and showed me a way possible to make and have a career along with raising kids.

Pritam is a great teacher and a mentor. His class puts blogging into perspective with simple and easy steps, without complicating the subject at all. The class is precise and to the point with loads of insider tips and insights he has gathered over the years, which otherwise no one shares on any youtube channels etc.

Not only that he helps you on every step of the way in case of any confusion or in case you are stuck anywhere.

Thanks Pritam for this wonderful new beginning and for getting me on to a path of self discovery.

I learned blogging by taking training from Pritam sir in 2013. And I am happy that I did this. Though I did not make enough for the next couple of years, I did not give up. I was always in touch with Pritam sir and he always supported me, gave me guidance and motivated me.

After working hard for 2 years, my blog started getting huge traffic and I started making six-figure monthly income.

I have various niche blogs and I make money from Amazon Affiliate and Google AdSense. I strongly recommend everyone to join his training. After working hard for 2 years, my blog started getting huge traffic and I started making six-figure monthly income.

Hi, my name is Sagar Babson. I am from Surat, Gujarat. Now you can also call me a blogger.

Because this journey has started me, only because of Pritam sir. Now he is also my idol. I still remember and always will be when I met Pritam sir for 1st time in Mumbai. He just sat in front of me and talked to me. Ask about me and welcome me very well. I Was going to be a part of the class DMac 2.0.

Before that, I used to watch his videos on YouTube. He is an amazing mentor. Love you, sir.